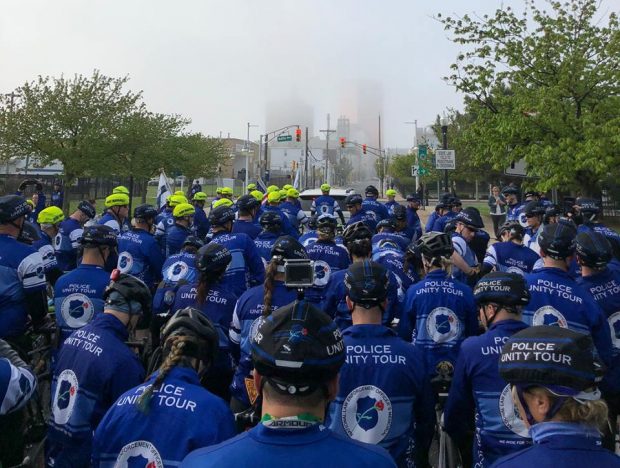 On May 9th, 2017 East Brunswick Police Officers Christian Longhitano and Brian Woodruff will be taking part in the 2017 Police Unity Tour. The Police Unity Tour is a four-day, 300+ mile bicycle ride starting in Mercer County Community College in West Windosor, NJ and culminating at the National Law Enforcement Officers Memorial in Washington, D.C. The ride includes law enforcement officers from all over New Jersey as well as chapters from as far as California. With the help of the East Brunswick Police Department, local businesses, individual donations, and the support of The East Brunswick PBA Local #145. Officers Longhitano and Woodruff have raised over 3,600.00, which will support the National Law Enforcement Officers Memorial and Museum. Both officers are taking part in the unity tour for the first time and are eager to join over 2,200 of their brother and sister officers from around the country in this ride to raise awareness of Law Enforcement Officers who have died in the line of duty.

Connect With Us Online